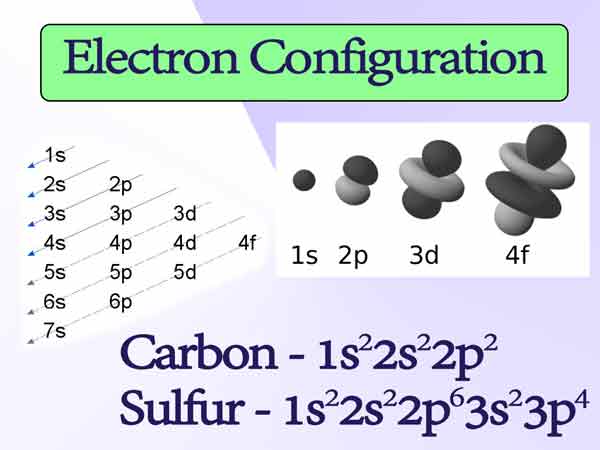 We are starting to prepare for good marks in upcoming board chemistry paper – the world of molecules and atoms. In this article, we will consider basic concepts and deal with electronic formulas of elements and Atomic Molecular Theory.

An atom is an electrically neutral particle of microscopic size and mass, consisting of a positively charged nucleus (Protons) and negatively charged electrons (Electronic orbitals).

The described atomic model is called “planetary” and was proposed in 1913 by the great physicists: Niels Bohr and Ernest Rutherford

An electron is a stable elementary particle with a negative electric charge (-1), the atomic charge – the serial number in the periodic table – is equal to the number of electrons (and, accordingly, protons).

Remember that in an unexcited state, an atom contains the same number of electrons and protons. So, calcium (serial number 20) has 20 protons in the nucleus and 20 electrons around the nucleus in electronic orbitals.

I will emphasize this important detail once again. At this stage, it will be great if you remember a simple rule: element serial number = number of electrons. This is most important for the practical application and study of the following topic.

Electrons of an atom are in a continuous motion around a nucleus. The energy of electrons is different from each other, in accordance with this, electrons occupy different energy levels.

Consists of s-sublevel: one “1s” cell, in which 2 electrons are placed (filled with electrons – 1s2)

Knowing the theory of energy levels and the serial number of an element from the periodic table, you should definitely position the number of electrons, starting from the level with the lowest energy and ending with the level with the highest. Below you will see several examples, as well as learn about the exception, which only confirms these rules.

Sublevels: “s”, “p” and “d”, which we just discussed, have a specific configuration in space. On these sublevels or atomic orbitals, electrons move to create a certain “pattern”.

The S-orbital is like a sphere, the p-orbital resembles an hourglass, and the d-orbital is a cloverleaf.

There are a number of rules that apply in the preparation of electronic configurations of atoms:

First, the orbitals with the lowest energy should be filled, and only then go to energetically higher

The order of filling the orbitals:

You must have noticed some discrepancy: after the 3p sublevel, there should be a transition to 4s, although it would be logical to fill the sublevel to the end of 4s. However, nature decreed otherwise.

Remember that only by filling the 4s sublevel with two electrons, you can go to the 3d sublevel.

Without practice, the theory is dead, so it starts training. We need to make an electronic configuration of carbon and sulfur atoms. First, we determine their serial number, which tells us the number of their electrons. Carbon – 6, sulfur – 16.

Now we place the indicated number of electrons at the energy levels, guided by the filling rules.

I draw your special attention: on the 2p sublevel of carbon, we placed 2 electrons in different cells, following one of the rules. But on the 3p sublevel, sulfur had a lot of electrons, so first we placed 3 electrons in separate cells, and added the first cell with the remaining one electron.

Thus, the electronic configurations of our elements:

Obviously, there are 4 electrons at the external carbon level, and 6 electrons in sulfur.

Practice and create your own electronic configuration for magnesium and scandium. Determine the number of electrons at the external level and the number of valence electrons. Below we will give a clear explanation of this problem.

We write the resulting electronic configurations of magnesium and fluorine:

In general, the simple and interesting topic of electronic configurations is burdened with a small exception – the failure of the electron, which only confirms the general rule: any system tends to occupy the least energy-consuming state.

The failure of an electron is the transition of an electron from an external, higher energy level, to the pre-external, energetically lower. This is due to the greater energy stability of the resulting electronic configurations.

Now you understand what lies under the phenomenon of electron failure. Record the electronic configurations of chromium and copper yourself again and check with the following.

Ground and excited state of an atom

The ground and excited states of an atom are reflected in electronic configurations. The excited state is associated with the motion of electrons relative to atomic nuclei. Simply put: upon excitation, pairs of electrons are vaporized and occupy new cells.

An excited state is unstable for an atom; therefore, it cannot remain in it for a long time. For some atoms: nitrogen, oxygen, fluorine, an excited state is impossible, since there are no free orbitals (“cells”) – the electrons have nowhere to jump, and besides, they don’t have a d-orbital (they are in the second period).

Sulfur may have an exciting state since it has a free d-orbital, where electrons can jump. The fourth energy level is absent, therefore, bypassing the 4s sublevel, we fill the 3d sublevel with the steamed electrons.

As we study the basics of general chemistry, we will return to this topic more than once, but it’s good if you already remember that the excited state is associated with the pairing of electron pairs.

Take the test to consolidate knowledge

2. At the external level of sulfur (serial number 16) is … electrons

3. The failure of the electron is characteristic of

4. For calcium and magnesium, the same is

A Short Notes on Stannous Chloride and Basic Lead Acetate