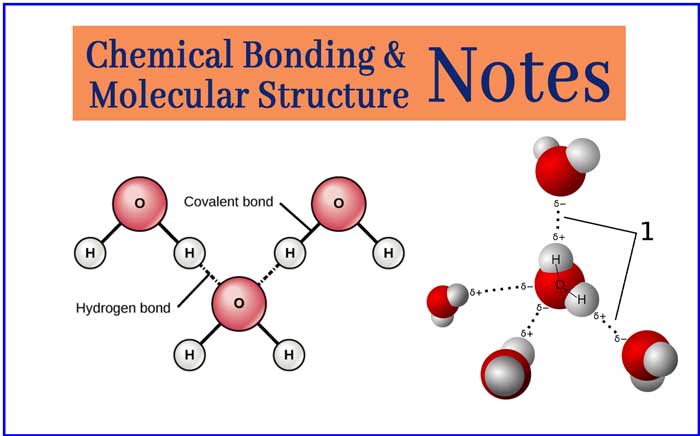 Chemical Bonding Notes:  The chemical elements combine in different ways to form a variety of inorganic and organic compounds. There are gaseous, liquid and solid compounds, there are toxic and harmless, while others are highly beneficial for health.

The properties of each compound depend on the type of chemical element that form it, the way they are linked (type of chemical bond), the shape and geometry of the atomic aggregates (molecules) and how they interact each other.

In 1916, the German chemist Walther Kossel exposed that in chemical reactions healing lost and gain of electrons on the part of atoms, and therefore these acquire the electronic configuration of a noble gas. No doubt Kossel referred to the ionic bond and therefore to the ionic compounds.

Subsequently the North American chemicals Gilbert Newton Lewis and Irving Langmuir, each independently studied the ionic and nonionic (covalent) compounds, verifying that atoms by forming chemical bond acquire mostly the atomic structure of a noble gas (8 electrons in the external level), what is now called the octet rule. 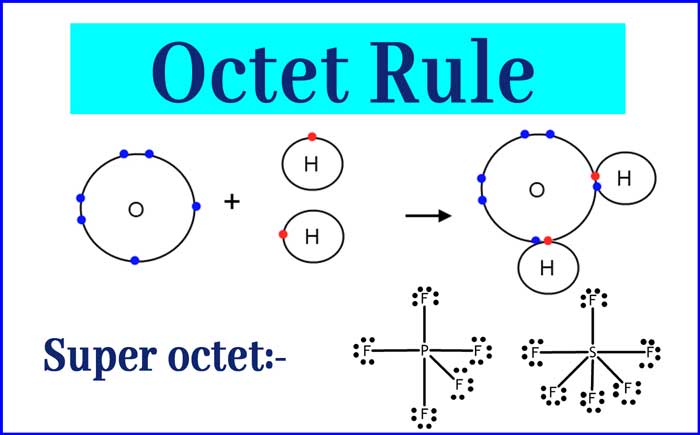 In 1926, Walter Heitler and Fritz London showed that the covalent bond in the H2 molecule could be explained by quantum mechanics.

Quantum mechanics describes very well atoms and electronic structure but the situation in the molecule is very different due to the greater complexity. The mathematical apparatus is much more difficult to formulate and the results less easy to obtain and interpret.

Nowadays, chemicals have calculating methods and very sophisticated experimental techniques that allow to know exactly the form, geometry and dimensions of the molecules.

The chemical bond is the strength that maintains attached to the atoms (interatomic link) to form molecules or form crystalline (ionic, metallic or covalent) systems and molecules (intermolecular bond) to form the condensate states of matter (solid and liquid) Said force is electromagnetic (electrical and magnetic), predominant electrical force.

The atoms and molecules form chemical bonds with the purpose of acquiring a state of less energy, for as well as a condition of greater stability. In the case of atoms, stability will be reflected in a change from its external electronic configuration.

Let’s see the formation of the HCl molecule

With a graph we see the energy variation in the formation of the bond. 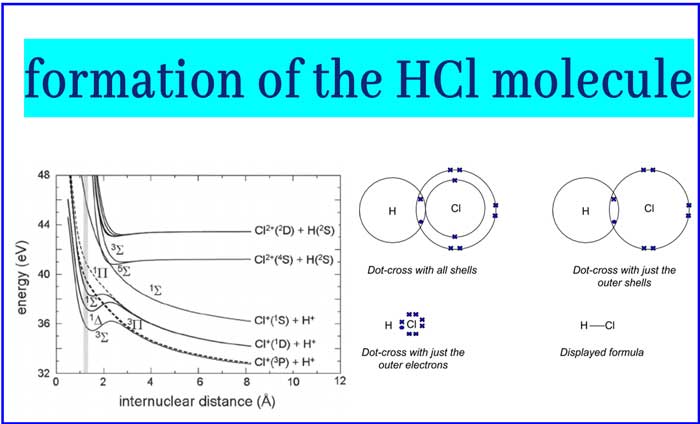 It is the conventional representation of the electrons of Valence (electrons that intervene in the chemical bonds), by using points or blades that are placed around the symbol of the element.

In general, for the representative elements (remember that the group number indicates the number of electrons of Valence) we have:

There are many important exceptions to the octet rule, therefore it is not necessary to overvalue the importance or applicability of this rule. These exceptions will be discussed later.

It is the electromagnetic force that maintains attached to atoms sharing electrons, which have opposite spins or turns. The bonded atoms are neutral and are generally non-metallic.

According to the number of binding electronic pairs

1. Simple bond: when between the bonded atoms, a pair of electrons are shared.

2. Multiple bond: when the bonded atoms share more than one pair of electrons, these can be:

a) Double bond: sharing of two pairs of electrons.

b) Triple bond: sharing of three pairs of electrons.

According to chemical stability, the links can be Sigma (Σ) or PI (π), in practice these links are recognized as follows:

1. Normal covalent bond: Each atom provides an electron to the link formation.

coordinate or dative covalent bond: Only one of the atoms brings the enlance electronic pair.

More examples and explanations about the dive link in: | coordinated or dative link |

According to his polarity

It is true that the difference of electro     negativities is zero: ΔEN = 0

1.    When two atoms of different elements are linked by a covalent bond

2.    The shared electrons are not attracted equally by the two nuclei of bonding atoms.

3.    Due to unequal distribution of electron cloud, one end of the molecule acquire partial positive charge and the other end acquires equal partial negative charge.

5.    The percentage of partial ionic character depends upon the difference of E.N. Of two atoms join with each other through a covalent bond.

1.    In the formation of hydrogen molecule, there is a minimum energy state when two hydrogen atoms are so near that their atomic orbitals undergo partial interpenetration.

3.    The extent of overlap decides the strength of a covalent bond.

4.    In general, greater the overlap the stronger is the bond formed between two atoms.

5.    The valence bond theory explains the shape, and hybridisation of atomic orbitals.

What is Deuterium or Heavy Water? How to make Deuterium?