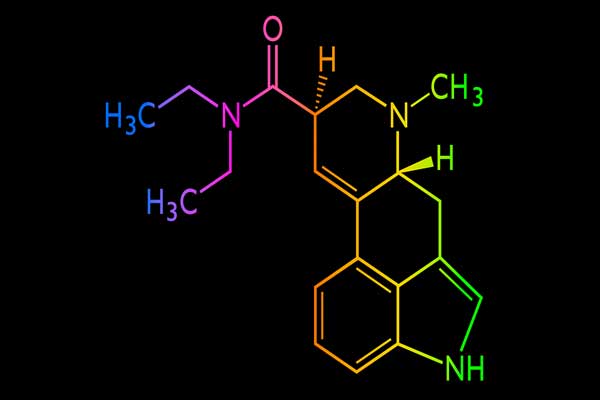 The element symbols must be distinguished from the formulas: H for hydrogen, Mg for magnesium, N for nitrogen. If two or more atoms of the same elements combine to form a molecule, this is in turn identified by a (molecular) formula: H2 for hydrogen, N2 for nitrogen, O3 for ozone.

There are different chemical formulas:

It is made up of element symbols and small, subscript numbers (indices) and only reflect the ratio in which the individual chemical elements are contained in a chemical compound. Integer ratios are used.

The sum formula indicates the number of atoms of the chemical elements contained in a compound. In the case of molecules, this also indicates the actual frequency of the atoms of different elements in the molecule. Molecular formulas of salts generally correspond to their ratio formulas but are usually given in the form of formula units which satisfy the stoichiometry of the compound.

In addition to the number of different atoms in a molecule, the structural formula also shows their arrangement with respect to one another, i.e. it also provides information about the type of atoms and the nature of their linkages (bonds), possibly also about bond angles and bond lengths.

The letters stand for individual atoms. A line corresponds to an electron pair that is present in an electron cloud/orbital and either forms the bond between atoms or is a so-called free electron pair. Correspondingly, two parallel lines mean a double bond.

The use of the names of the individual formula types is not always regulated uniformly and many terms are used synonymously. Structural formulas are mainly used to describe molecules.

Lewis formula: without considering the bond angles and bond lengths, all binding and non-binding electron pairs or lonely electrons are shown.

Fischer projection formula: for chiral molecules such as amino acids or sugar

What is phenol used for? Preparation, Properties, uses, and Tests