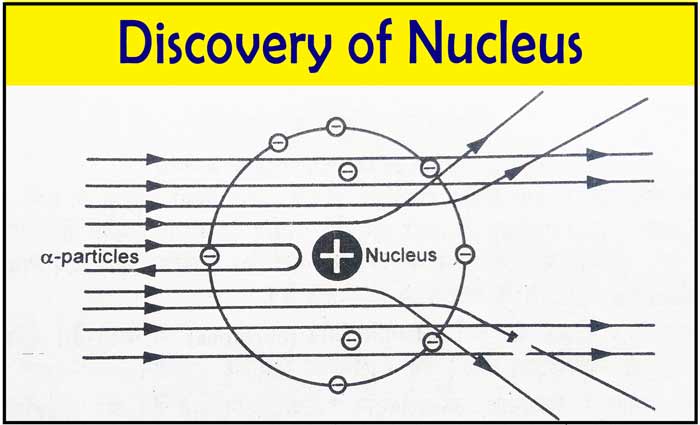 E Rutherford discovered the nucleus of an atom in 1911. Geiger and Marsden, the scientists working under the direction of Rutherford, used bombardment of alpha particles on a thin sheet (4 x 10-5 cm) of metals such as gold, silver, etc. 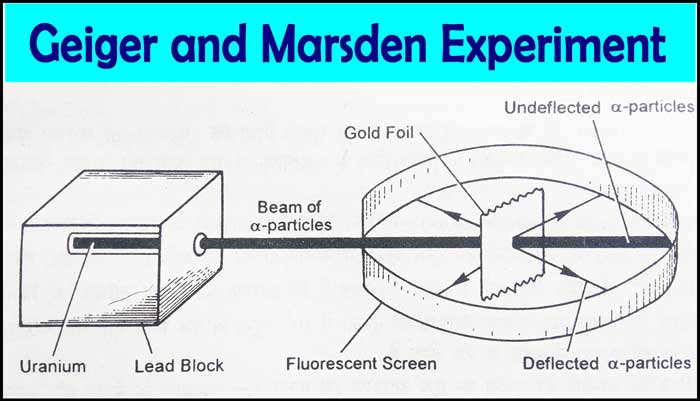 In these experiments, α-Particles obtained from uranium move only in one direction as a beam. The lead block absorbs radiation from other directions. The α-Particles collide with metal foil, moving in straight lines.

Thus the number of particles that deviated while coming out of the metal foil was estimated.

Rutherford made the following conclusions from experiments of scattering of α-Particles by a thin sheet of metal.

Size of the Nucleus 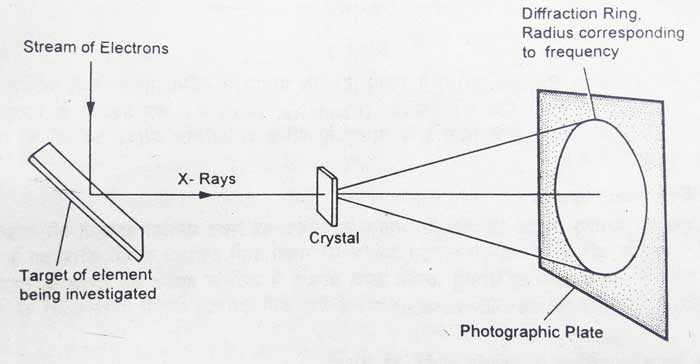 The same ratio as the radius of the atom and nucleus. Therefore, if an allpin is buried in the center of a football field, then the head of the allpin can be considered as the nucleus equivalent and the football field is equivalent to the atom.

The radii of all the atoms, nuclei and atomic particles of the atom can be determined by experiments based on x-rays. The radius of the electron is 2.8 x 10-18 cm.

A = number of nucleons

The proton and neutron are heavy particles and the proton is positively charged. Therefore, in an atom, all protons and neutrons are located in its nucleus and electrons reside outside the nucleus. The atomic particles of an atom are also obtained from its nucleus.

The atomic particles of an atom are not permanently located in its nucleus but are obtained as a result of the transformation of matter and energy in the process of nuclear dissolution.

When cathode rays from the immersion tube collide with an element at a rapid speed, x-rays are obtained. x-rays were discovered by professor Rontgen. x-rays differ in many ways from cathode rays. They have high penetrating power and do not deviate from the electrical or magnetic field. Their wave length is in the order of 10-8 cm.

Mosley observed that the frequency (v) of x-rays derived from different elements is thus related to the atomic number (Z), a characteristic property of those elements, as follows –

Where a and b are two constant. 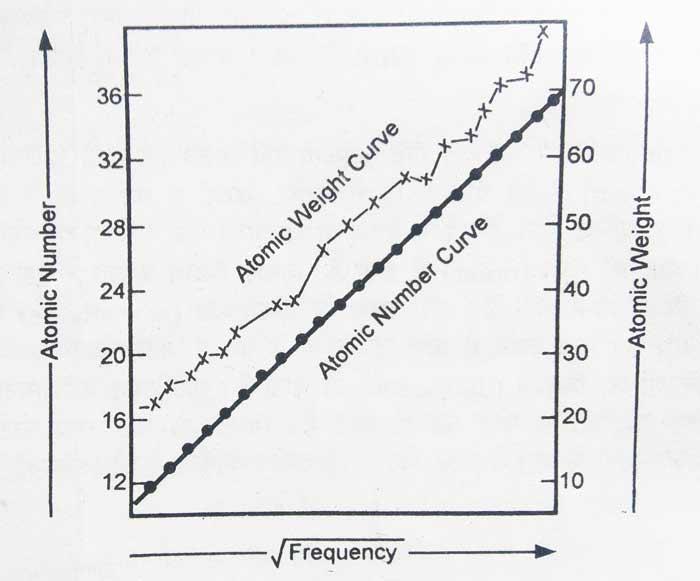 Tags: Discovery of the Nucleus, Mosley experiment, nucleus Discovery, Nucleus of Atom, Size of the nucleus

Bohr’s Atomic Model: What is Bohr’s model of an atom? chemistry Notes