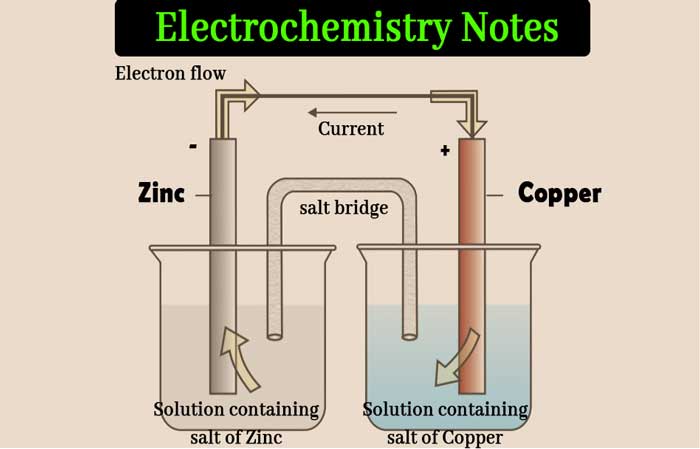 Electrochemistry Notes: Electrolysis is defined as a process of decomposing electrolytes into their elements by passing a direct electric current through its aqueous solution or molten state (fused).

During electrolysis by a current is proportional to the quantity of electricity passed through the electrolyte (solution or melt).

How to Join Crash Course

The amounts of different substances liberated by the same quantity of electricity passing through the electrolytic solution are proportional to their equivalent weights.

Faraday’s first law of electrolysis: During electrolysis by a current is proportional to the quantity of electricity passed through the electrolyte (solution or melt).

Where Z is electrochemical equivalent of the substance deposited and Z = Eq. wt. of substance.

One mole of the electron is required for the reduction of one mole of silver ions.

This quantity of electricity is called Faraday (F)

How to Join Crash Course

Electrochemical Cells or galvanic or a voltaic cell or Daniell cell:

An electrochemical cell that converts the chemical energy of a spontaneous redox reaction into electrical energy.

1. Its U-shaped glass tube filled with a relatively inert electrolyte.

3. It maintain electrical neutrality of the solution

4. It complete the electrical circuit by allowing the ions to flow from one solution to another

5. It minimizes the potential in liquid-liquid junction 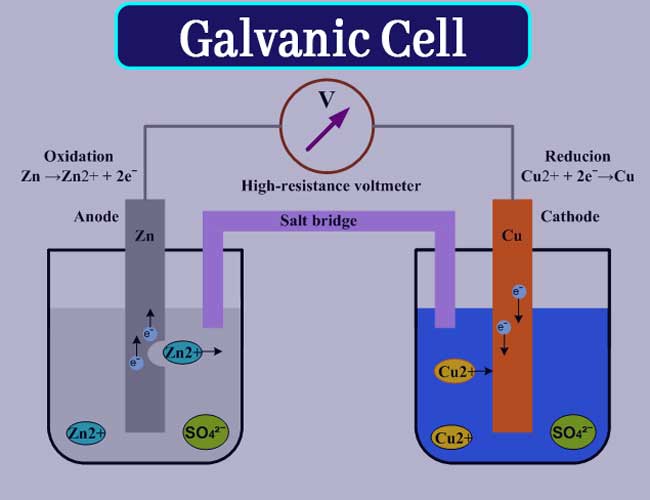 1. If the metal rod is dipped into the aqueous solution of it salt, the rod become either positively or negatively charged with respect to solution.

Cell Potential or EMF of cell

in volts. The cell potential is the difference between the electrode potentials (reduction potentials) of the cathode and anode.

The arrangement of elements in order of their decreasing electrode potential values.

1. In the electrochemical series, the reduction potential of an element is taken in reference to the hydrogen (𝐸°=0)

3. As we move down in the group the reducing agent’s strength increases while the oxidizing agents’ strength decreases.

4. When we move from top to bottom in the series, the electro positivity, and activity of metals increase. In the case of non-metals, it decreases.

3. Predicting the Feasibility of Redox Reaction

4. To compare relative activity of metals

2. Size of ions: larger the ion, smaller will be its conductance.

2. As concentration decreases, conductivity decreases for both strong and weak electrolytes.

Variation of molar conductivity with concentration

It is shown by Debye-Huckel-Onsager equation as follows

A = Constant which depends upon nature of solvent and temperature

The limiting molar conductivity of an electrolyte can be represented as the sum of the individual contributions of the anion and cationof the electrolyte.