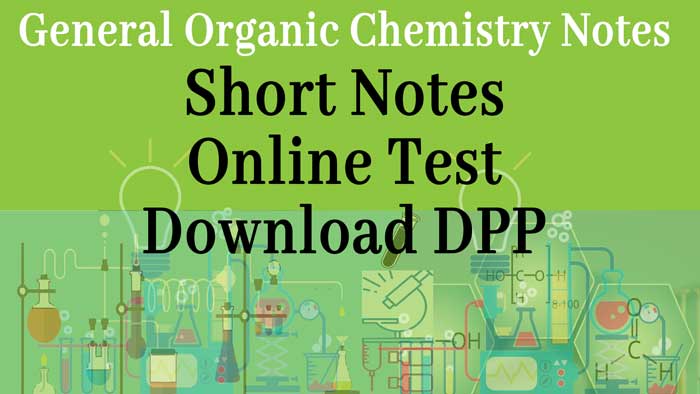 1.    The have electron deficit carbon atom having 6 electrons in its valence shell

3.    They seek electron to complete its octet (electrophiles), hence unstable and very reactive

4.    The hybridization of carbon is SP2

1.    The have carbon atom having 8 electrons in its valence shell (nucleophiles)

3.    The hybridization of carbon is SP3

5.    They are diamagnetic in nature

2.    They seek electron to complete its octet, hence very reactive

3.    They are paramagnetic in nature

4.    Central carbon atom has only six electrons in its valence shell

A nitrene is a species that has a formally neutral nitrogen atom bearing four non-bonded valence electrons.

1.    Addition reactions are limited to chemical compounds that have multiple bonds

2.    Molecules with carbon–carbon double bonds (alkenes), or with triple bonds (alkynes), and compounds that have rings

Chemical reactions in which a pair of atoms or groups of atoms are removed from a molecule, usually through the action of acids, bases, or metals and, in some cases, by heating to a high temperature.

1.    Nitrogen, sulphur, halogens present in an organic compound are detected by ‘Lassaigne’s test’.

2.    Covalent compounds are converted into ionic form by fusing the compound with sodium metal.

The appearance of a prussian blue colouration confirms the presence of nitrogen in the organic compound.

Sulphur, if present, in the given organic compound, upon fusion with sodium reacts to form sodium sulphide

If nitrogen and sulphur both are present in an organic compound, sodium thiocyanate is formed.

Upon fusion with sodium, the halogens in the organic compound are converted to sodium halides.

When nitrogen or sulphur is also present in the compound, the sodium extract before testing for halogens is boiled with strong nitric acid to decompose the cyanide and the sulphite formed during the sodium fusion.

1.    The compound is heated with an oxidising agent (sodium peroxide).

2.    The phosphorous present in the compound is oxidised to phosphate.

3.    The solution is boiled with HNO3 and treated with ammonium molybdate.

4.    A yellow coloured ppt. indicates the presence of phosphorous.

Estimation of Carbon and Hydrogen by Liebig’s Methods

1.    Both carbon and hydrogen are estimated together in one operation.

2.    A known weight of an organic compound is burnt in the presence of excess of oxygen and copper (II) oxide.

3.    Carbon and hydrogen are oxidised to carbon dioxide and water respectively.

This method is based on fact that the nitrogenous compounds when heated with copper oxide in an atmosphere of carbon dioxide yield free nitrogen,

Kjeldahl method is not applicable to compounds containing nitrogen in nitro and azo groups and nitrogen present in rings (e.g. pyridine, quinoline, isoquinoline) as nitrogen of these compounds does not convert to ammonium sulfate under the conditions of this method.

1.     Kjeldahl’s method is based on the fact that when an organic compound containing nitrogen is heated with con. H2S04 the nitrogen in it is converted to ammonium sulphate.

2.    The resultant liquid is then treated with excess of alkali and the liberated ammonia gas absorbed in excess of standard acid.

3.    The amount of ammonia is determined by finding the amount of acid neutralised by back filtration with some std. alkali.

In this method organic compound containing halogen is heated in a carius tube with fuming HNO3 in presence of AgNO3, Silver halide (AgX) is precipitated.

By Knowing the wt. of silver halide & organic Compound percentage of halogens can be calculated (x=-Cl, -Br,-I)

When an organic compound containing sulphur is heated with fuming nitric acid, sulphur is oxidised to sulphuric acid. This is taken as barium sulphate by adding barium chloride solution. From the amount of barium sulphate, percentage of sulphur can be calculated.

2.    It is precipitated as magnesium ammonium phosphate, MgNH4PO4, by the adding up of magnesia mixture (MgSO4 + NH4OH + NH4Cl).

3.    The magnesium ammonium phosphate is washed, dried and ignited when it is converted to magnesium pyrophosphate (Mg2P2O7).

1.    This method is applicable for organic substance which has high vapour pressure at temperature below their melting point.

2.    Organic substances like benzoic acid, naphthalene and camphor when heated pass directly from solid to vapor without melting into liquid. On cooling the vapours will give back solids.

3.    It is a useful technique to separate volatile and non-volatile solid.

4.    It has limited application because only a few substance will sublime.

1.    Crystallization is defined as a process by which a chemical is converted from a liquid solution into a solid crystalline state.

2.    An impure solid is completely dissolved in a minimal amount of hot, boiling solvent, and the hot solution is allowed to slowly cool.

3.    The developing crystals ideally form with high purity, while impurities remain in the saturated solution surrounding the solid (called the “mother liquor”).

4.    The crystallized solid is then filtered away from the impurities.

1.    This method is to purify liquids from non-volatile impurities, and used for separating the constituents of a liquid mixture which differ in their boiling points.

2.    There are various methods of distillation depending upon the difference in the boiling points of the constituents.

This is used to purify and separate liquids present in the mixture having their boiling point close to each other.

In the fractional distillation, a fractionating column is fitted with distillation flask and a condenser. Petroleum, coal-tar and crude oil.

1.    This method is applicable for solids and liquids. If the compound to be steam distilled the it should not decompose at the steam temperature, should have a fairly high vapour pressure at 373K, it should be insoluble in water and the impurities present should be non-volatile.

2.    This method is used to recover essential oils from plants and flowers, also in the manufacture of aniline and turpentine oil.

1.    These are the mixture of liquids that cannot be separated by fractional distillation.

2.    The mixtures that can be purified only by azeotropic distillation are called as azeotropes.

3.    These azeotropes are constant boiling mixtures, which distil as a single component at a fixed temperature. For example ethanol and water in the ratio (95:5)

4.    In this method the presence of a third component like C6H6, CCl4, ether, glycerol, glycol which act as a dehydrating agent depress the partial pressure of one component of azeotropic mixture and raises the boiling point of that component and thus other component will distil over.

1.    The process of removing a substance from its aqueous solution by shaking with a suitable organic solvent is termed extraction.

2.    When an organic substance present as solution in water can be recovered from the solution by means of a separating funnel.

3.    The aqueous solution is taken in a separating funnel with little quantity of ether or chloroform (CHCl3).

4.    The organic solvent immiscible with water will form a separate layer and the contents are shaken gently.

5.    The solute being more soluble in the organic solvent is transfered to it.

6.    The solvent layer is then separated by opening the tap of the separating funnel, and the substance is recovered.

1.    The principle behind chromatography is selective distribution of the mixture of organic substances between two phases – a stationary phase and a moving phase.

2.    The stationary phase can be a solid or liquid, while the moving phase is a liquid or a gas.

4.    So the Chromatography is defined as a technique for the separation of a mixture brought about by differential movement of the individual compound through porous medium under the influence of moving solvent.

5.    The various methods of chromatography are

1.    The principle involved is different compounds are adsorbed on an adsorbent to different degree.

2.    Silica gel and alumina are the commonly used adsorbent.

3.    The components of the mixture move by varying distances over the stationary phase.

2.    The same procedure is followed as in thin layer chromatography except that a strip of paper acts as an adsorbent.

3.    This method involves continues differential portioning of components of a mixture between stationary and mobile phase.

4.    In paper chromatography, a special quality paper known as chromatography paper is used. This paper act as a stationary phase.