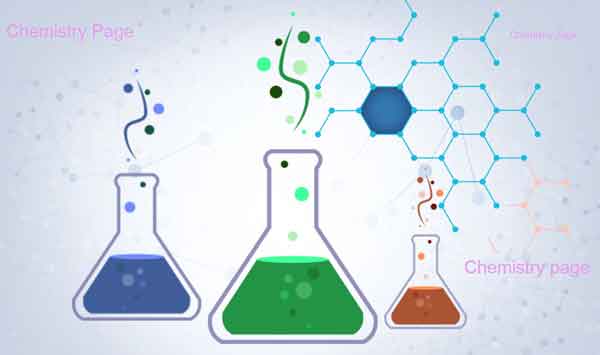 haloalkanes and haloarenes, In an alkane molecule, a compound in which a hydrogen atom is partially or completely replaced by a halogen atom is called a haloalkane, which is referred to as a haloalkane. Monohaloalkanes can be represented by RX.

It is divided into monohaloalkane, dihaloalkane, and polyhaloalkane according to the number of halogen atoms.

Some simple and common haloalkanes are usually named by common nomenclatures, such as methyl chloride, isopropyl bromide, tert-butyl chloride and so on.

(A) The longest carbon chain including the carbon atom to which a halogen atom is connected is selected as the main chain, and the number of carbon atoms in the main chain is referred to as “an alkane”.

(B) Both branched and halogen atoms are used as substituents.

(C) Write the name and position of the substituent before the main paraffin name to obtain the full name.

Note: Some haloalkanes do not contain hydrogen, such as carbon tetrachloride (CCl4)

However, iodoalkanes and bromoalkanes, especially iodoalkanes, have a long-term coloration due to the decomposition of free iodine and bromine. Monohaloalkane has an unpleasant odor and its steam is toxic.

They are insoluble in water but soluble in organic solvents such as diethyl ether, benzene, hydrocarbons, etc. Some halogenated alkanes are very good organic solvents, such as dichloromethane and carbon tetrachloride. In the haloalkane molecule, as the number of halogen atoms increases, the flammability of the compound decreases.

The dipole moments of some simple haloalkanes are shown in the table.

Note: The blank space is temporarily unavailable or the substance may not be available.

The C-F bond length is between the C-H and C-C bond lengths. Therefore, fluorine is larger than hydrogen and smaller than carbon, and can form long-chain fluorocarbons. Such as polytetrafluoroethylene. The Cl and Br atoms have a larger volume, and the atoms are crowded with each other after the formation of the chain, which has a large repulsive force. When forming a long chain molecule, the carbon chain is broken due to the mutual crowding and repulsion between the atoms. Br cannot form long-chain perchlorocarbons and bromocarbons.

Conformation: The C-C bond rotation energy barrier of a halogenated alkane with a halogen atom is 13.4 to 15.5 kJ / mol, and its size has little to do with the volume of halogen. In the 1,2-dichloroethane molecule, the C-C bond rotation energy barrier is 13.4 kJ / mol, and the molecule has two stable conformations, adjacent cross and opposite cross.

In the gas phase, the cross-conformation is 5 kJ / mol more stable than the adjacent cross-conformation, while in the liquid phase the stability of the two conformations is close to equal. This is due to two forces in the molecule, one is the dipole-dipole interaction, and the other is the van der Waals attraction.

In the haloalkane molecule, since the CX (X = Cl, Br, I) bond is a polar covalent bond, it is relatively easy to break, so that the haloalkane can undergo various reactions. CF bonds generally have considerable stability, and their reactions differ from other halogens.

SN2 mechanism: For the hydrolysis of methyl bromide, the reaction is a synchronous process. The nucleophile attacks the central carbon atom from the back of the leaving group, and first forms a weak bond. At the same time, the bond between the leaving group and the carbon is weakened to a certain extent. The other three bonds on the carbon atom also gradually occur The change, from umbrella to plane, requires energy (activation energy). With the progress of the reaction, when the state of maximum energy, that is, the transition state, is reached, new bonds are formed, old bonds are broken, and the remaining three bonds on the carbon atom are changed from planar to umbrella-shaped.

Since the step of controlling the reaction rate is a bimolecule, two molecules are required to collide with each other, so the reaction is a nucleophilic substitution of the bimolecules, and it appears as a secondary reaction.

SN1 mechanism: The SN1 reaction proceeds in steps. The reactants first dissociate into carbocations and negatively charged leaving groups. The reaction requires energy (activation energy) to form C + intermediates. This is to control the reaction rate.

When the molecule is dissociated, C + immediately binds to the nucleophile to form a product, and this step is extremely fast. C-X bond dissociation require higher energy, when the energy reaches the highest point, forming a first transition state Ts1 [R & lt . 3 C … .. X-], then rapidly dissociates into C + Intermediate, C + and of Nu – Bonding also requires a certain amount of energy to form products through the [R 3 C… .Nu] transition state Ts2. Because the step that determines the reaction rate is the step with the highest potential for the transition state, that is, the dissociation of the C-X bond, this step involves only one molecule, so the reaction is called a single-molecule nucleophilic substitution reaction.

It can be seen from the SN2 reaction mechanism that the nucleophile attacked from the back of the leaving group, and as a result, the configuration changed. Ingold et al. exchanged the photoactive 2-iodooctane with the radioisotope iodide ion in acetone and found that the rate of racemization was twice the rate of the exchange reaction, indicating that the configuration of the product had been transformed. Walden transformation.

① attack from the front will be repelled by the leaving group carrying electrons.

② attacks from the back can form a more stable transition state, reducing the activation energy of the reaction.

In the S N1 reaction, the formation of C + ions is a step that determines the overall reaction rate. C + ions are sp2 hybrid planar structures, and positively charged carbon atoms have an empty p orbital. When a nucleophile reacts with a C + ion, it can enter from both sides of the C + plane, and the reaction probability is equal.

1. Hydrolysis: When co-heated with an aqueous solution of a strong base, the halogen atom is replaced by a hydroxyl group (-OH) to generate alcohol.

2. Interaction with sodium alkoxide: react with sodium alkoxide in the corresponding alcohol solution. The halogen atom is replaced by an alkoxy group (-OR) to form an ether, which is called the Williamson synthesis method. The tertiary haloalkanes are mainly eliminated olefins.

3. Interaction with sodium cyanide or potassium cyanide: the halogen atom is replaced by a nitrile group to generate a nitrile (R-CN), and the tertiary haloalkane mainly obtains the elimination product olefin.

The haloalkane is co-heated with an alcohol solution of a strong base, and the elimination reaction mainly occurs, and a portion of the hydrogen halide is removed to generate an olefin. When a haloalkane is dehydrohalogenated, hydrogen atoms are mainly removed from adjacent carbon atoms that contain less hydrogen. This is an empirical rule called the Saytzeff rule.

Elimination mechanism (E1 and E2), the alkyl structure of the haloalkane is different, and the reaction proceeds according to different mechanisms.

E1: For tertiary bromobutane, the reaction is carried out in two steps. First, carbocations are generated, and then dehydrogenation is eliminated or added to produce substituted products.

The rate-determining step of the reaction is the formation of carbocations, and the reaction rate is only related to the concentration of the reactants, v = k [RX], which is a first-order reaction in kinetics and is a single-molecule reaction, which is represented by E1. It can be seen that E1 and S N1 both react through the same carbocation, therefore, in the course of the reaction, the two reactions compete with each other.

Generally, high temperature is beneficial for elimination, because the elimination of protons to generate olefins requires higher activation energy; but in the presence of polar solvents and no strong bases, S N1 reacts quickly and the products are stable, mainly replacing products.

In addition to the solvent ether, tetrahydrofuran, benzene, and other ethers are used in the preparation of this reagent. Ether and tetrahydrofuran are the best. This reagent reacts with carbon dioxide to form a carboxylic acid that is increased by one carbon. In the air, it is easily oxidized and hydrolyzed to form alcohol, it can be decomposed into hydrocarbons.

2. Reaction with lithium: In an inert solvent (such as diethyl ether, petroleum ether, etc.), it reacts with metallic lithium to form organolithium compounds.

Nicotine Effects || What are the dangers of nicotine? || Nicotine Benefits

Types of Vitamins || How many vitamins are in the human body?