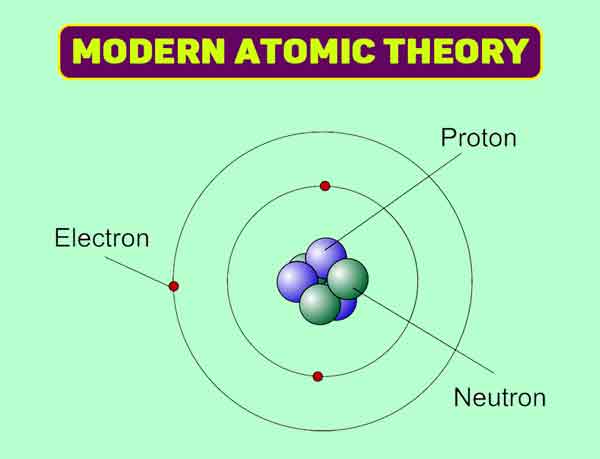 In 1860, before nearly half a century, because of the non-recognition molecule is the smallest particle of elemental or compound in the presence of an independent free state, does not recognize molecules are made of atoms that correct hypothesis, the world of atoms and chemists the molecular understanding is very confusing. After discovering the Modern Atomic Theory, we are laying the foundation of modern chemistry.

At that time, chemists relied on the determination of atomic weight and encountered problems. They were often regarded as relatively standard oxygen or hydrogen for determining the atomic weight of elements. Since they were not recognized as diatomic molecules, physical methods such as steam density method were used when measuring the atomic weight, the numerical value will inevitably produce a double deviation.

The atomic weight cannot be accurately determined, and the molecular composition cannot be determined naturally. It was not until the International Conference on Chemistry that was first held in 1860 that the molecular hypothesis was accepted by chemists in various countries and promoted to molecular doctrine.

Dalton and Avogadro founded the theory of molecular atoms, laying the foundation of modern chemistry.

Each chemist has its own set of element symbols and chemical formulas so that in the textbook written by the famous chemist Kaikoul, there are as many as 19 chemical formulas of acetic acid. This chaotic situation has led to many famous chemists to wonder whether the atomic weight can be measured and whether it exists. This is actually questioning atomism. How can such chaotic chemistry continue to move forward?

The meeting was held in Karlsruhe, Germany, from September 3 to 5, 1860, and 140 chemists, mainly from European countries, attended the meeting. After a fierce debate at the meeting, no unified opinion was obtained, so we had no choice but to publish a booklet called “Summary of Chemical Philosophy” at the end of the meeting.

Suddenly, it became clear that everyone was confused. Chemists finally understood that the molecular hypothesis of Avogadro was the only key to reversing this mess. The author of this pamphlet is Italian chemist Cannizzaro.

A scientist and a revolutionary

Cannizzaro was born on July 26, 1826, in the family of an administrator in Sicily, Italy. He studied very well in middle school, where he had won a gold medal in arithmetic. He ended his secondary education at the age of 15 and entered the medical department of the University of Palermo according to his then interests.

At first, he was interested in various subjects, but later he became fascinated with physiology due to the influence of the academician of the Paris Academy of Sciences and professor of biology, Federer. Under the guidance of Freda. The first subject he studied was the distinction between input and output nerves.

At the Naples Congress of Scientists in 1845, his dissertation on neurological research was well received by delegates. When studying biology, chemical experiments were necessary.

However, the experimental conditions of the medical department were extremely poor, and Cannizzaro had to go to the teacher’s house to do experiments from time to time and built a simple laboratory in his own home. The experiment not only cultivated his interest in chemistry, but more importantly, he discovered his lack of chemistry knowledge, and since then his interest has shifted from physiology to chemistry.

Not long after Cannizzaro arrived at the school, Piriya was found to be a talented young man in the experiment and appointed him as an assistant to his laboratory. In order to gain more and more systematic knowledge of chemistry, Cannizzaro prepared classroom experiments for Professor Piria on the one hand and insisted on listening to the inorganic chemistry and organic chemistry courses offered by Piria on the other.

Experiments and lectures complement each other. Only three years of planned and systematic training has made Cannizzaro a chemist with solid basic knowledge, exquisite experimental technology, and active academic thinking.

The Sicilian armed uprising against King Naples Ferdinand II officially broke out in January 1848, as part of the magnificent 1848 European Revolution. After fierce fighting, the insurgents drove Ferdinand II out of Sicily, established a temporary revolutionary government, and in the battle, Cannizzaro served as the artillery commander to win the trust of the masses and was elected as a member of the Sicilian Parliament.

Member of Parliament and was appointed Secretary of the House of Representatives. The good times didn’t last long. King Naples gathered the troops of several feudal kingdoms around to fight back. In April 1849, they attacked the whole island of Sicily and the uprising failed.

After Cannizzaro participated in the final resistance, he had to go into exile in France. The restored dynasty announced that 12 insurgent leaders, including Cannizzaro, had been sentenced to death. Cannizzaro was temporarily unable to return to his hometown.

During the half-year of wandering in France, he still took the time to inspect chemical companies in Lyon and other places. After learning a lot of knowledge that could not be learned in class, he was introduced by Pilia and French chemist Carr.

He came to the French professor of chemistry Xie Furui’s laboratory work, here he seriously carried out experimental research on organic chemistry, and fully understood the new development of organic chemistry at that time.

At that time, Italy was divided into eight or nine small countries. Although Cannizzaro was temporarily unable to return to his hometown of Sicily, he still wanted to return to Italy and return to a place closer to his hometown. At this time, a country called Piedmont, located in northern Italy had supported the Sicilian uprising in 1848 and had great respect for revolutionaries such as Cannizzaro.

In 1851, the government of Piedmont hired Cannizzaro to be a professor of physics, chemistry, and mathematics at the local technical college. The first thing he did when he arrived at the college was to build a chemistry laboratory. Because he has fully realized that without a chemical laboratory, scientific results cannot be created and scientific talents cannot be cultivated.

What did Cannizzaro Discover

It was in this academy that he made an important discovery in organic chemistry: the action of aromatic aldehydes and lyes turned into the corresponding reaction of acids and alcohols. This is called the Cannizzaro reaction in textbooks. It has great significance both in theory and in practice.

In 1855, Piedmont’s most famous university, the University of Genoa, hired him as a professor of chemistry. In addition to his busy teaching, he systematically and in-depth examined the development and problems of theoretical chemistry. The “Summary of Chemical Philosophy” is his scientific research achievements in this period.

In April 1860, the Sicilian peasants revolted again. Revolutionary fighters including Cannizzaro returned to Sicily. Ferdinand II has driven out of Sicily again. Cannizzaro returned to his hometown 11 years away and became Sicily A member of the National Extraordinary Committee, but at this time Cannizzaro did not forget his scientific career.

In the busy September of the revolutionary work, he still rushed to Deyuan Karlsruheer to participate in the first International Chemist Congress. As a result of reading the pamphlet of his “Summary of Chemical Philosophy”, most chemists have since understood and accepted Avogadro’s molecular hypothesis. Cannizzaro, 34, is also recognized as the authority on theoretical chemistry.

The reunified Kingdom of Italy has its capital in Rome. The new regime established one of the nation’s highest institutions, a University of Rome, in Rome. It gathers a group of the best scholars in Italy. Cannizzaro was certainly the first to be elected, and in 1871 he came to the University of Rome as a professor of chemistry.

In brief, Cannizzaro demonstrated the atom-molecular theory by studying the history of chemistry. His method fully reflects the unity of logic and history. When Cannizzaro taught theoretical chemistry in Genoa, he discovered the confusion caused by the failure to recognize Avogadro’s molecular hypothesis.

Facing this dilemma, he first studied Dalton’s atomic theory, Afgardero’s molecular hypothesis, and its experimental basis. Through this historical investigation, he realized the symptoms of the debate. But to unravel this crux, more chemical facts must be grasped.

To this end, he also examined Betzelius’s electrochemical dualism and Duma’s critique of it, summarized the work related to molecular theory by many chemists such as Duma, and followed historical clues to chemical theory and some determinations. Methods for analysis and summary, he solved the following issues that everyone is concerned about:

3. Explains how to use the vapor density method to obtain molecular weight based on the molecular hypothesis. At the same time, he used the gas density to determine the molecular weight of hydrogen, oxygen, sulfur, chlorine, arsenic, mercury, bromine and other simple substances and water, hydrogen chloride, acetic acid, and other compounds.

4. Based on the determination of molecular weight, combined with analytical chemistry data, a reasonable method for determining the atomic weight is proposed. The relationship between Avogadro’s hypothesis and Duron-Petti’s law is also demonstrated. This law is the relationship between the thermal capacity and the atomic weight of a solid elemental substance derived by French physicists Duron and Petit in experiments in 1818.

These questions that Cannizzaro solved clarified many ambiguities and even misunderstandings, removing obstacles to the determination of atom-molecular theory. His above point is the main content stated in the booklet “Summary of Chemical Philosophy”.

Cannizzaro’s work is as highly regarded by his peers as his pamphlet. The German chemist Mayer, who discovered the law of the periodicity of chemical elements with Mendeleev, read this booklet on his way home from the end of the Karlsruhe conference and said with emotion:

“This small paper I was amazed that the most important points in the argument were so clear. The barrier in front of me seemed to be peeling off, and many mysteries disappeared … thanks to Cannizzaro’s brochure. “

Cannizzaro’s reasonable formulation put the atomic theory and the molecular hypothesis into a coordinated system, and therefore the atom-molecular theory was accepted by the majority of chemists. The establishment of atom-molecule theory directly led to the discovery of the periodic law of chemical elements and the establishment of organic chemical systems.

Cannizzaro’s great contribution to the development of chemistry has earned him a high reputation throughout the world. He was elected a member of the Royal Society in 1862. In 1872 the Royal Society awarded him the first special Faraday medal.

In 1906, in order to celebrate his 80th birthday, the International Congress of Applied Chemistry was held in Rome. At the meeting, Cannizzaro was awarded a statue of Bullitt, a symbol of the transmission of truth. On May 10, 1910, Cannizzaro died at the age of 84.