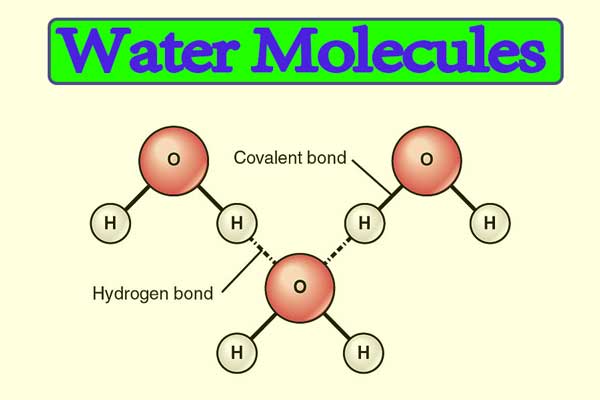 Due to the interaction between atoms in a molecule, the physical and chemical properties of a molecule depend not only on the type and number of constituent atoms but also on the structure of the molecule.

A molecule is the smallest unit in a substance that can exist independently and be relatively stable and maintain the physical and chemical properties of the substance.

Molecules are composed of atoms, and atoms combine into molecules in a certain order and arrangement through a certain force. Taking water molecules as an example, the water is continuously separated until the properties of water are not destroyed.

Molecules composed of more than two atoms are collectively called polyatomic molecules. The number of atoms in a molecule can be a few, a dozen, tens, or even tens of thousands. For example, a carbon dioxide molecule (CO2) consists of one carbon atom and two oxygen atoms.

Above the data, it is used to describe the three-dimensional arrangement of atoms in the molecule. The molecular structure greatly affects the reactivity, polarity, phase shape, color, magnetism and biological activity of chemical substances.

The structure of solid molecules can also be determined by X-ray crystallography. Larger molecules usually exist in multiple stable conformations, and the energy barrier between these conformations in the potential energy plane is higher.

Molecular structure relates to the position of atoms in space and is related to the type of chemical bonds to be bonded, including bond length, bond angle, and the dihedral angle between three adjacent bonds.

The bonding situation and spatial arrangement of atoms in molecules: the molecular structure has a decisive relationship with the physical and chemical properties of substances. The simplest molecule is a hydrogen molecule.

1 gram of hydrogen contains more than 1023 hydrogen molecules. Two hydrogen atoms in a water molecule are connected to a central oxygen atom, and the bond angle is 105.3°. Atom’s void in the molecule

Since there is no truly applicable molecular structure theory, the detailed structure of complex molecules cannot be predicted, but can only be measured experimentally.

Quantum mechanics believe that the orbital electrons in an atom have volatility, and mathematically processing electron standing waves (atomic orbitals) can determine the formation of bonds between atoms or groups of atoms.

The more electron orbits in an atom overlap in space, the more stable the bond formed. The quantum mechanics method is based on the combination of experimental data and approximate mathematical operations (calculated by high-speed electronic computers), which is accurate for simple systems, such as predictions on the shape of water molecules.

There are three extreme types of molecular bonds, namely ionic bonds, covalent bonds, and metal bonds. The bond between the two atoms is called a localized bond. Formed by a plurality of atoms share electrons multicentre bonds referred to delocalized bonds.

Through these types of bonds, atoms are combined into molecules in a certain spatial arrangement to form the molecular configuration and conformation. For example, carbon is a basic participant sharing an electron pair bond (covalent bond). The atoms of the two elements carbon and hydrogen can form hydrocarbon compounds.

CH4 in the tetrahedral structure is the simplest hydrocarbon among them, and can also form cyclic compounds, Such as cyclohexane, silicon and oxygen are the basic elements of minerals, and mica and quartz contain silicon-oxygen units. Metal atoms are sandwiched between the planes of hydrocarbon rings to form a sandwich compound.

The basic component of protein is a difunctional molecule α-amino acid with a basic group at one end and an acid group at one end. Substances with the same chemical composition and molecular weight but different molecular structures are called isomers.

When the two isomers have the same other properties, but the optical rotation direction is opposite, this type of isomer is called an optical isomer. Available X-ray and other diffraction methods, various spectra, spectroscopy, energy spectroscopy, and mass spectrometry to determine or speculate the molecular structure.

1. There is a gap between the molecules. For example: take 50 ml of alcohol and 50 ml of water, and after mixing, the volume is less than 100 ml.

For example, clothes are easy to dry in hot weather

4. The molecule is very small but has a certain volume and mass.

By the calculation of the laws of quantum mechanics, molecules have a fixed equilibrium geometric state-the length of the bond and the angle between them. The pure matter is composed of molecules with the same geometric structure. The chemical formula and structure of a molecule are two factors that determine its characteristics, especially its chemical activity.

What is the formula of sodium thiosulphate?