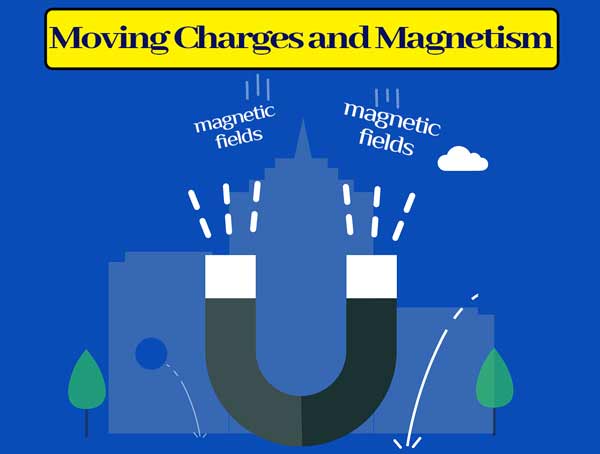 Magnetic field: It is a region of space around a magnet or current-carrying conductor or a moving charge, in which its magnetic effect can be felt.

The sources of magnetic fields are:

Conventionally the direction of the field perpendicular to the plane of the paper is represented by ⓧ if into the page, and by (−) if out of the page.

The force between two parallel current-carrying