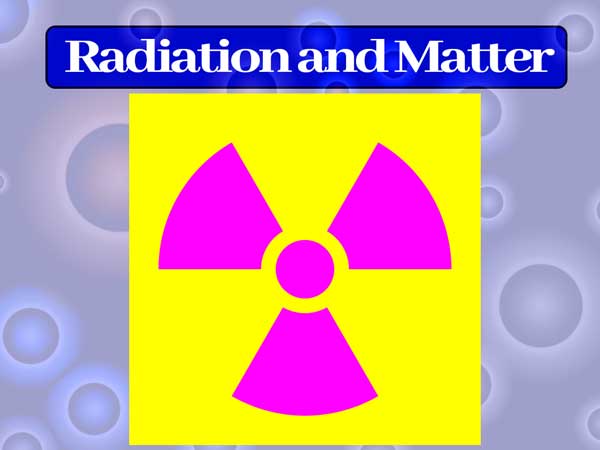 Radiation and Matter: The phenomenon of emission of electrons from the surface of a metal. The minimum energy needed by an electron to come out from a metal surface is known as the “work function” of the metal. It is denoted by f0 or W0 and measured in electron volt (eV).

The electron emission can be obtained from the following physical processes:

It is the phenomenon of emission of electrons from the metal surface when heated suitably.

It is the phenomenon of emission of electrons from the surface of the metal when light radiations of suitable frequency fall on it.

Field emission or cold cathode emission: It is the phenomenon of emission of electrons from the surface of metal under the application of a strong electric field.

Photoelectric effect: It is the phenomenon of emission of electrons from the surface of metals when light radiations of suitable frequency fall on them.

– For a given metal and frequency of incident radiation, the number of photoelectrons ejected per second is directly proportional to the intensity of the incident light.

– For a given metal, there exists a certain minimum frequency of the incident radiation below which no emission of photoelectrons takes place. This frequency is known as the threshold frequency.

– Above the threshold frequency, the maximum kinetic energy of the emitted photoelectron is independent of the intensity of incident light but depends only upon the frequency (or wavelength) of the incident light.

– The photoelectric emission is an instantaneous process. The time lag between the incidence of radiation and emission of photoelectrons is very small, less than 10–9 seconds.

The photoelectric current depends on the intensity of incident light and the potential difference applied between the two electrodes.

Dual nature of radiation: Wave theory of electromagnetic radiation explains the phenomenon of interference, diffraction, and polarisation. On the other hand, the photoelectric effect is supported by the particle nature of light.

Hence, we assume the dual nature of light.

These are the packets of energy (or energy particles) that are emitted by a source of radiation. The photons emitted from a source, travel through space with the same speed c (equal to the speed of light).

Radiation has dual nature, wave, and particle. The nature of the experiment determines whether a wave or a particle description is best suited for understanding the experimental result. Reasoning that radiation and matter should be symmetrical in nature, Louis Victor de Broglie attributed a wave-like character to matter (material particles). The waves associated with the moving material particles are known as matter waves or de Broglie waves.

Download PDF file of Dual Nature of Radiation and Matter

What is phenol used for? Preparation, Properties, uses, and Tests