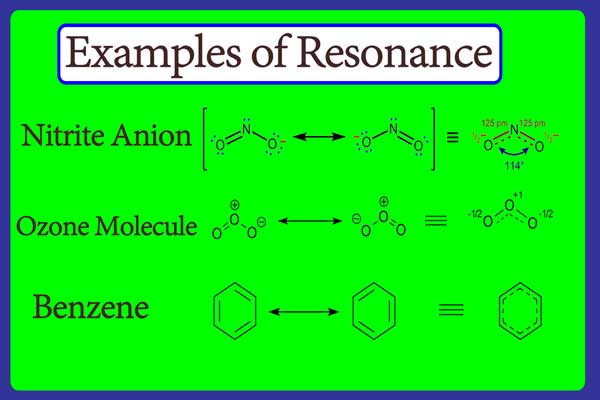 The theory of resonance was put forward by the American chemist L. Pauling in the early 1830s. It is a molecular structure theory. He believes that the true structure of a molecule is caused by the resonance of two or more classical valence bond structures.

Resonance theory includes concepts such as delocalized bonds, bond lengths, and bond energies, and represents the resonance of the electronic method of electron delocalization.

The advantage of the resonance type is that the electronic type can be used to characterize the distribution position of the charge in the electronic delocalization system. The description is very convenient and practical.

① When more than two Lewis structure formulas can be written according to the valence bond rule for a molecule or ion (the difference is only the distribution of bonds or electrons, but the position of the nucleus is not changed), then the real molecular structure is these Resonance hybrids, that is, the true structure of the molecule is a resonance hybrid.

③ Among the resonance formulas, the formula with the lowest energy and similar structure occupies the most probability.

④ The concept of resonance energy signifies that the hybrid is more stable than any single resonance structure.

To write the resonance structure formula correctly, the following rules should be met:

1) Only the movement of bonds and electrons is allowed between resonance structural formulas, and the position of the nucleus is not allowed to change.

3) All resonance structures must have the same number of unpaired electrons. Take Allyl group as an example:

4) Electron delocalization can often make molecules more stable and have lower internal energy. In order to measure this stability, resonance energy can be used.

In the resonance structure, the more the number of covalent bonds is, the lower the energy is, the more stable it is. It has a higher probability of the hybrid.

The real structure of benzene is a resonance hybrid composed of eight structural resonances. It should be noted that in the above example, each formula should be a square rectangular carbon ring on a plane. There can be no changes.

Therefore, the energy of each resonance formula is not the same. I and II are similar in structure and have the lowest energy. The remaining resonances have higher energies.

The resonances with the lowest energy and similar structure participate most in the real structure or contribute the most.

Therefore, it can be said that the real structure of benzene is mainly I. Resonance hybrids of formula and formula II.

5) All atoms in the structural formula have a complete valence electron layer and are relatively stable.

6) The stability of charge separation is low.

7) Negative charges are more stable on atoms with greater electronegativity.

In the benzene ring, each carbon atom and all other carbon atoms actually form part of the π bond, except that the π bond with the adjacent carbon atom is a little more, and the distant carbon Atoms have fewer π bonds.

The reality is that each carbon atom can only form one π bond, but this π bond is formed between all carbon atoms, which means that it is a large Π bond that is delocalized.

In this way, we are very clear about the shortcomings of the valence bond theory: it is a local theory, which stipulates that covalent bonds can only be formed between two atoms.

The simple valence bond theory has been sufficient for most organic molecules. The need for structural judgment. The valence bond theory is only inaccurate when describing molecules containing large delocalized Π bonds, and it is extremely obvious whether a molecule contains large Π bonds that are delocalized, so it can be used with confidence when there is no large Π bonds.

Pauling deeply understands this hobby of organic chemists, so he pointed out that if a valence bond structural formula must be used to describe a molecular structure containing large Π bonds, then multiple resonance formulas must be combined to represent the structure of a molecule each resonance is a limit structure.

It has a lasting effect. Therefore, this effect is permanently present in the molecules whether they are participating in the reaction or not. It is displayed by M. 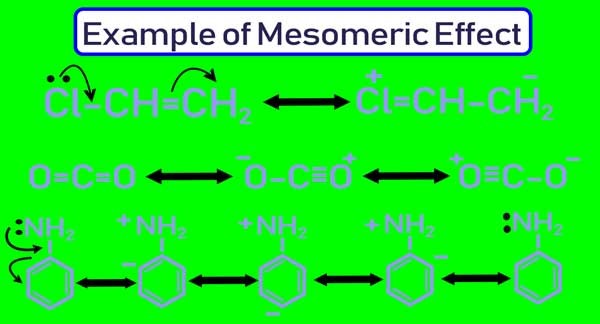 The reason for electron transfer is that the transfer of electrons results in structures whose internal energy is not much different from the internal energy of the structure. The actual composition of the compounds is the mean of all these structures. This phenomenon is called Mesomerism. And by placing a double-headed arrow between the mesomeric structures, they are displayed.