Surface chemistry: It deals with phenomena that occur at the surfaces or interfaces.

Adsorption: It is the process of accumulation of molecular species at the surface rather than in the bulk of a solid or liquid.

Adsorbate: The molecular species or substance, which concentrates or accumulates at the surface.

Surface chemistry: It deals with phenomena that occur at the surfaces or interfaces.

Adsorption: It is the process of accumulation of molecular species at the surface rather than in the bulk of a solid or liquid.

Adsorbate: The molecular species or substance, which concentrates or accumulates at the surface.

Try it for free. No registration needed. But don’t forget to follow us our Social Pages

Distinction between Adsorption and Absorption

It is a surface phenomenon, i.e., it occurs only at the surface of the adsorbent.

In this phenomenon, the concentration on the surface of adsorbent is different from that in the bulk.

Its rate is high in the beginning and then decreases till equilibrium is attained.

It is a bulk phenomenon, i.e., occurs throughout the body of the material.

In this phenomenon, the concentration is same throughout the material.

Its rate remains same throughout the process.

The particles are held to the surface by the physical forces like Van der waals forces.

Nature of adsorbent: Greater are the strained forces on the surface, more is the ease with which adsorption takes place on the surface.  Activated adsorbents have high adsorbing power.

Surface area of adsorbent: Greater the surface area, more is the adsorption.

Pressure: Adsorption increases with increase in pressure. The effect of pressure is large at low temperature.

Temperature: Since adsorption is an exothermic process so according to Le-Chatelier’s principle adsorption decreases with increase in temperature 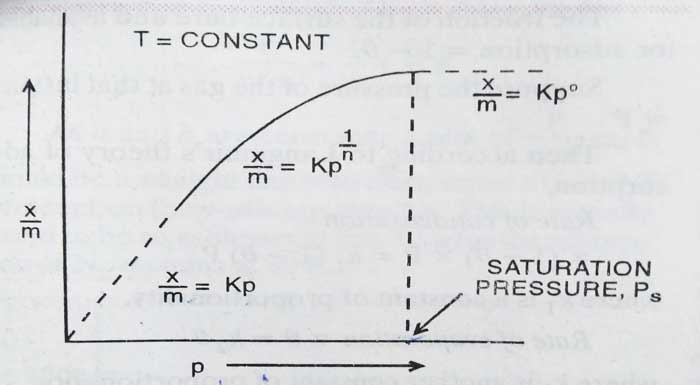 Substances, which accelerate the rate of a chemical reaction and themselves remain chemically and quantitatively unchanged after the reaction.

Promoters are substances that enhance the activity of a catalyst

Poisons decrease the activity of a catalyst.

The reactants and the catalyst are in the same phase

The reactants and the catalyst are in different.

The catalytic reaction that depends upon the pore structure of the catalyst and the size of the reactant and product molecules. e.g., Zeolites (have honey–comb like structures).

Zeolites are being very widely used as catalysts in petrochemical industries for cracking of hydrocarbons and isomerisation.

An important zeolite catalyst used in the petroleum industry is ZSM-5.

It converts alcohols directly into gasoline (petrol) by dehydrating them to give a mixture of hydrocarbons.

The following characteristics are exhibited by enzyme catalysts:

A colloid is a heterogeneous system in which one substance (dispersed phase) is in another substance called dispersion medium.

The range of diameters of colloidal particles is between 1 and 1000.

The aggregated particles thus formed are called micelles. These are also known as associated colloids.

Micelles may contain as many as 100 molecules or more.

This can be done by double decomposition, oxidation, reduction or hydrolysis. These molecules then aggregate leading to formation of sols.

This process involves dispersion as well as condensation.

Colloidal sols of metals such as gold, silver, platinum, etc., can be prepared

The process of converting a precipitate into colloidal sol by shaking it with dispersion medium in the presence of a small amount of electrolyte.

The electrolyte used for this purpose is called peptizing agent.

During peptization, the precipitate adsorbs one of the ions of the electrolyte on its surface.

This causes the development of positive or negative charge on precipitates, which ultimately break up into smaller particles of the size of a colloid.

The process used for reducing the amount of impurities to a requisite minimum is known as purification of colloidal solution.

It is a process of removing a dissolved substance from a colloidal solution by means of diffusion through a suitable membrane (animal membrane (bladder) or parchment paper or cellophane sheet). 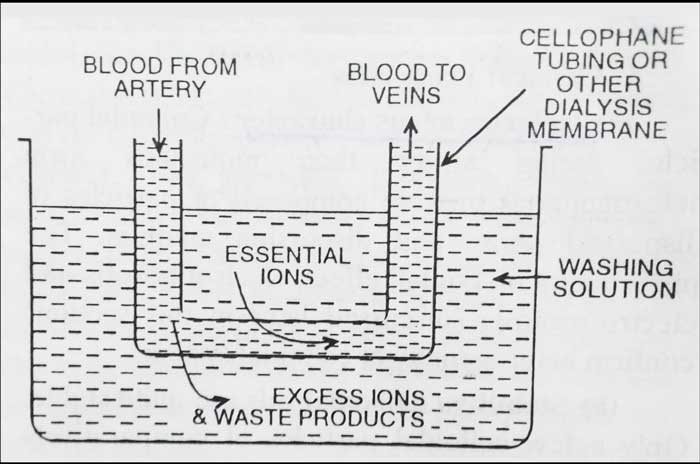 These are the properties which depend only on the number of solute (dispersed phase) particles but not on its nature.

The colligative properties are 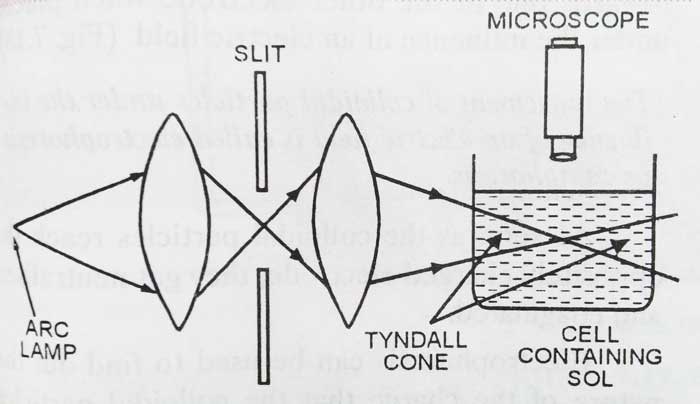 This potential difference between the fixed layer and the diffused layer of opposite charges is called the electrokinetic potential or zeta potential.

The movement of colloidal particles under an applied electric potential is called electrophoresis.

Movement of particles of the dispersion medium begins to move in an electric field.

The ion responsible for neutralization of charge on the particles is called the coagulating ion.

The coagulation of the lyophobic sols can be carried out in the following ways:

(v) By addition of electrolytes

The minimum concentration of an electrolyte in millimoles per litre required to cause precipitation of a sol in two hours is called coagulating value.

The smaller the quantity needed, the higher will be the coagulating power of an ion.

A protective colloid is a lyophilic colloid that when present in small quantities keeps lyophobic colloids from precipitating under the coagulating action of electrolytes.

Lyophilic colloids used for this purpose are called protective colloids.

The Gold Number is the minimum weight (in milligrams) of a protective colloid required to prevent the coagulation (colour change from Red to Violet) of 10 ml of a standard hydro gold sol when 1 ml of a 10% sodium chloride solution is added to it.

These are liquid-liquid colloidal systems, i.e., the dispersion of finely divided droplets in another liquid.

Emulsions of oil in water are unstable and sometimes they separate into two layers on standing.

For stabilisation of an emulsion, a third component called emulsifying agent is usually added.

The emulsifying agent forms an interfacial film between suspended particles and the medium.

Colloids in our daily life

Blue colour of the sky

a)   Argyrol is a silver sol used as an eye lotion.

b)  Colloidal antimony is used in curing kalaazar.

d)  Milk of magnesia, an emulsion, is used for stomach disorders.

6.   Rubber industry: Latex is a colloidal solution of rubber particles which are negatively charged. Rubber is obtained by coagulation of latex.